I originally bought the PCBs for these in 2016. It didn't take too long to finish the boards, panels and wiring, but the final calibration took a while. It wasn't so much the calibration process itself, more setting aside the time to do it. 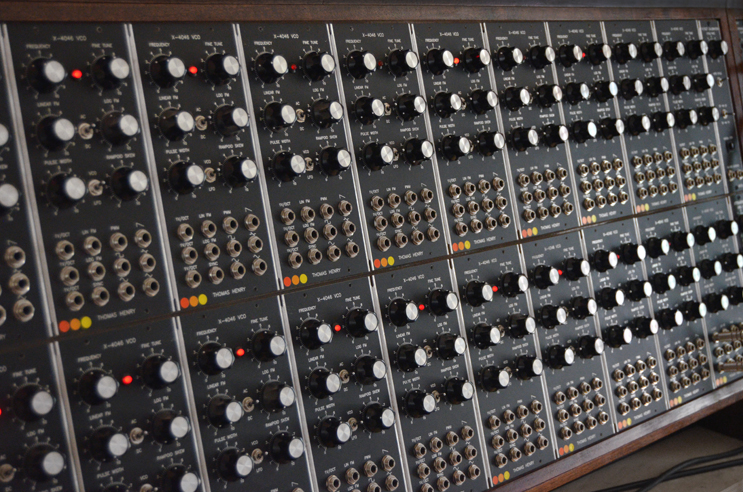 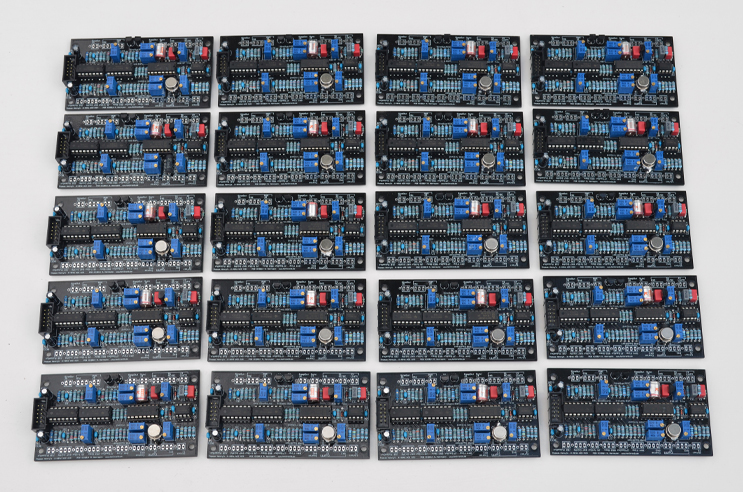 All of the VCOs worked perfectly when initially assembled, apart from one fairly major issue where an oscillator set to LFO frequencies would interfere with oscillators in the audio range. Thicker cables, shorter cables, extra decoupling capacitors etc didn't solve the problem. Obviously no point in calibrating until this was properly dealt with.

The VCOs were initially assembled to run straight from the +/-15V power supply, but I eventually realised they would all need individual voltage regulators. The boards were all converted to +/-12V, which involved desoldering a total of 140 resistors. Thankfully I'd recently bought a vacuum desoldering gun, catchy model name: "GJ S-998P". 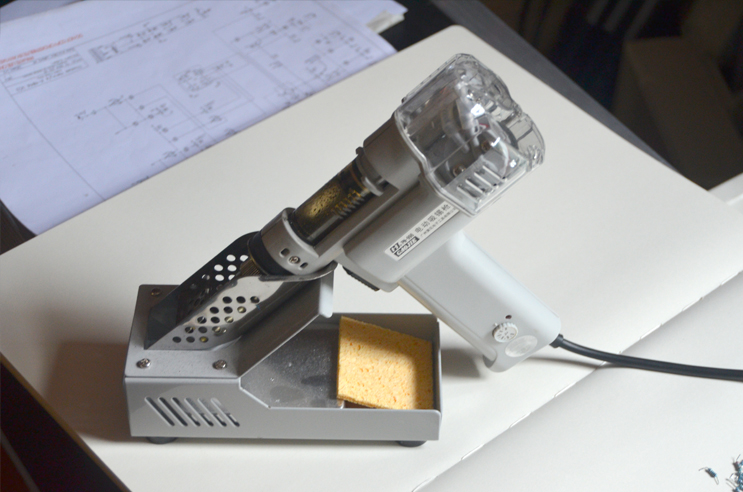 I highly recommend getting one of those desolderers, but there is a critical detail needed to make it useable. The barrel clogs far too often, and to unblock it you have to remove the central section and either drill it out on the lathe or heat it up and flick out the solder, which is annoying. The solution is to use "tip dip", i.e. anti-spatter paste for MIG welding nozzles, and feed a little down the barrel with a piece of wire. No more blocking!

Another great detail about the device is that when operated it makes a sound like a duck. 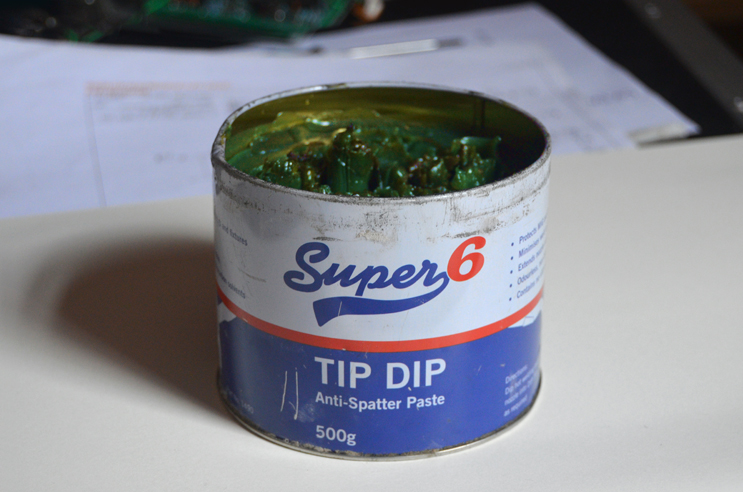 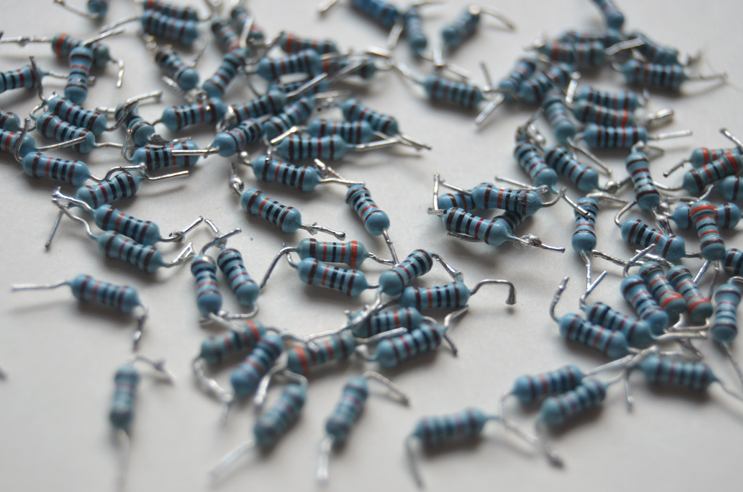 The only holes that couldn't be properly cleared out with the desolderer were the vias connected to the ground plane, which dissipate heat and make it hard to remove the last bit of solder. Rather than overheat the delicate PCB tracks, they were just drilled out with a 0.7mm bit held in the drill chuck with a pin vice. 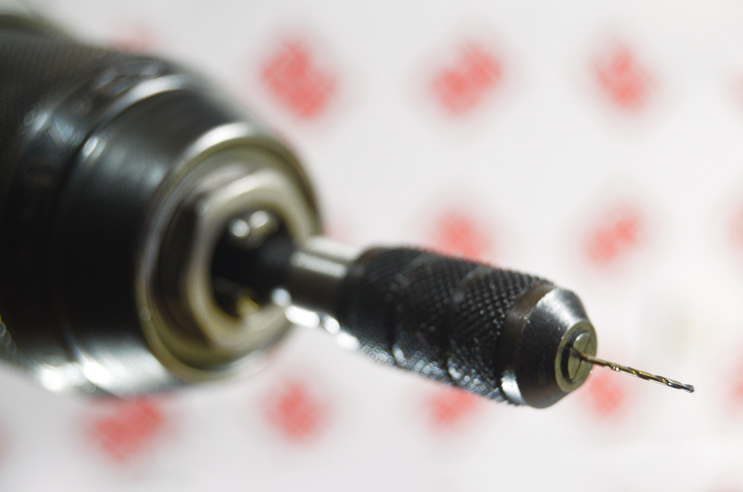 As there were 20 modules that needed regulators, I had some little adapter boards made up by PCBWay. There's also a BC547 transistor on there to allow the VCO's LED to be driven off an independent 5V rail on the synth power supply, to make sure everything is totally smooth. You can download the PCB file here, although it might not be much use depending on what connectors you're using. 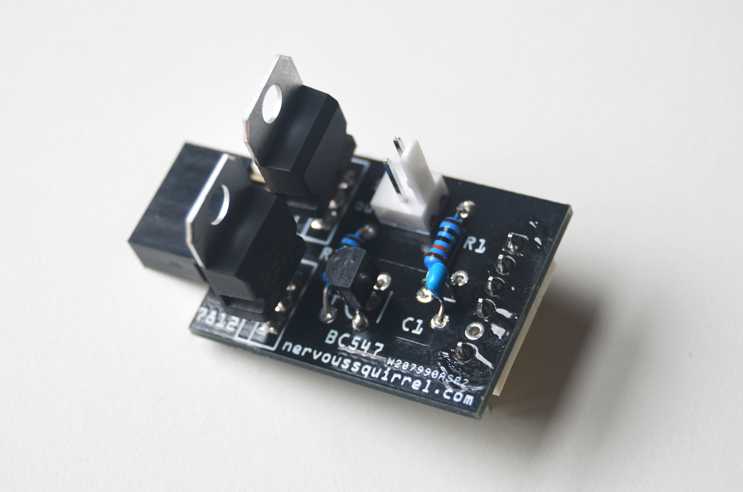 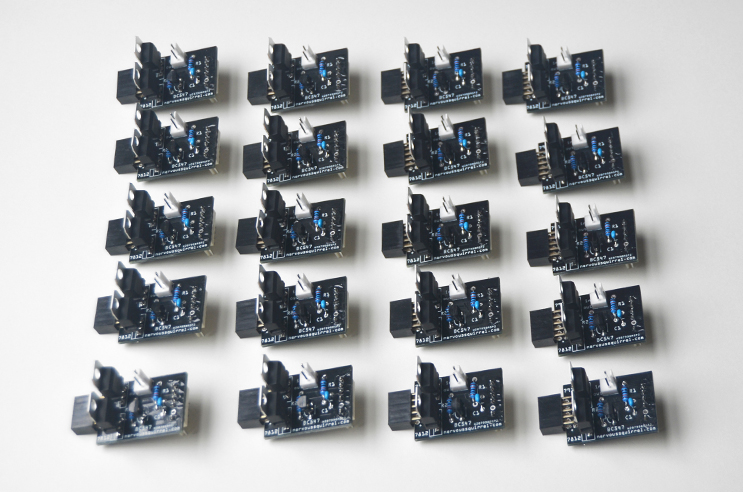 So after adding the regulators and rewiring the LEDs the VCOs were finally ready to start calibrating. Each VCO has 8 trimpots - the first 6 set the shape and DC offset, which was easy to do with an oscilloscope. I found a few additional resistors were needed here and there on the PWM potentiometers and R52, to correct the PWM range if it was a bit wonky. 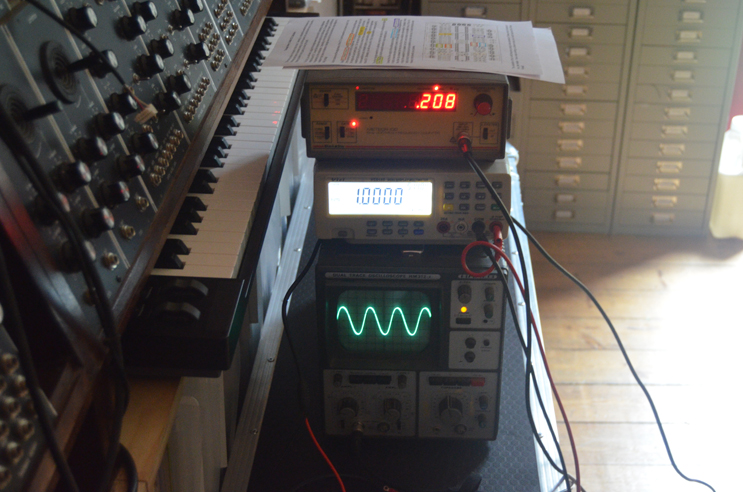 The last two trimpots are for the 1V/oct tuning, which is the relatively tricky part. I built a MFOS calibrator, which outputs a nice stepped series of accurate voltages, and also bought a benchtop multimeter that was a little more accurate than anything else I had previously. I used coloured stickers to keep track of the stage that each VCO had reached, and it was an exciting moment adding the final yellow sticker. 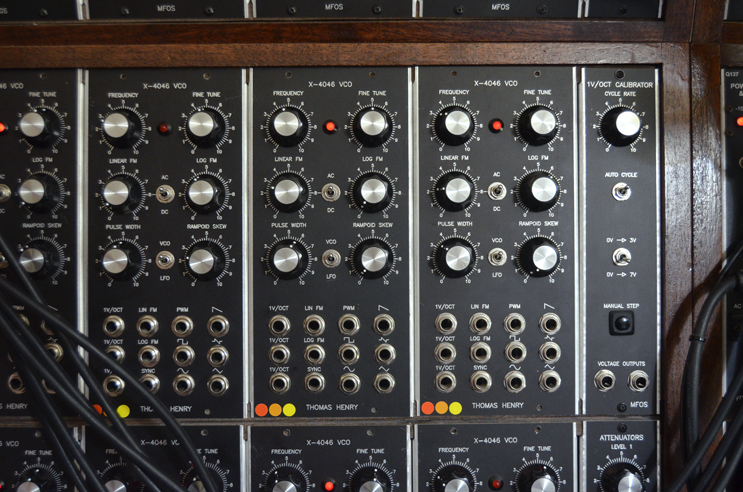 A quirk of the X-4046 VCO seems to be that the pulsewidth knob has a very slight effect on frequency, but this is actually rather useful when calibrating as you can use it as a bonus fine fine tune knob.

Here are the tuning figures that I ended up with: 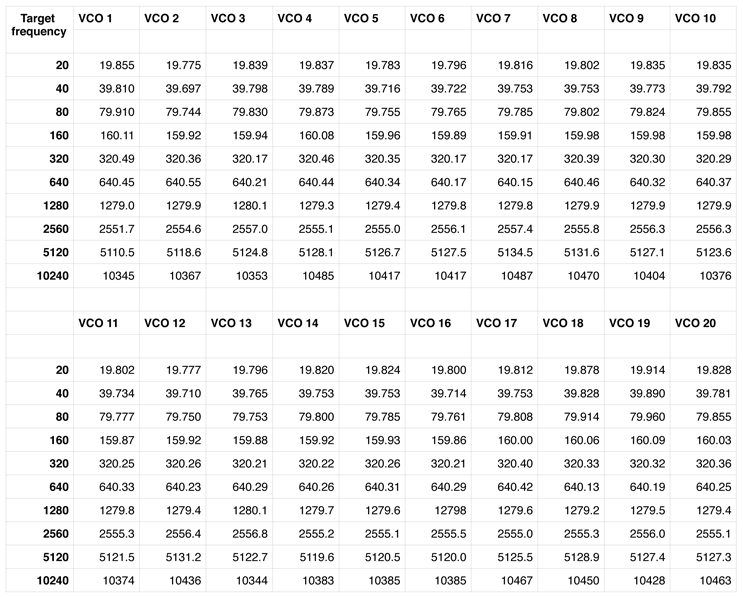 The PCB has a really nice layout - all of the connections are along the edge, allowing all of the wiring to be connected to header pins, so the boards can easily be removed for troubleshooting / adjustments.

The module has a switch to change it into an LFO, which was one of the reasons for choosing this VCO. There's also a "rampoid skew" knob, which morphs between triangle and saw wave, which is a nice feature.

I connected a keyboard to the VCOs using a Midimuso octex board, and they sound great. Suddenly the synth is much more of a playable instrument - it took 12 years of building before it had a keyboard!

The next task was to make a MIDI to CV converter, documented here. 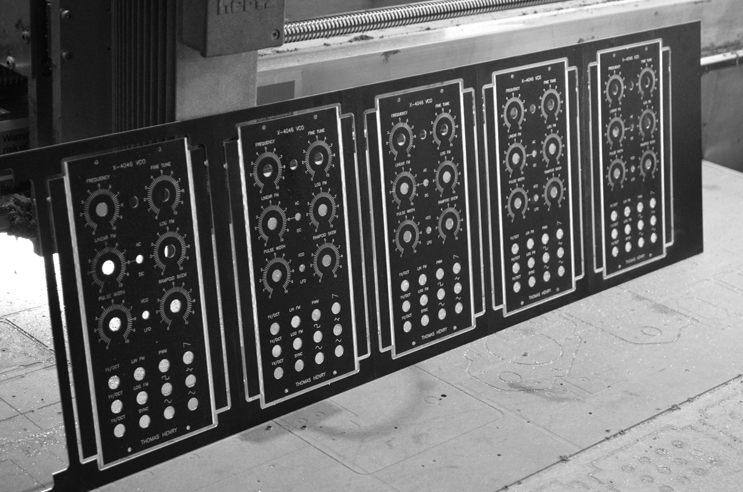