This was a collaboration with Patrick Furness, and was installed during the Edgard Varese season / Ether Festival at the Royal Festival Hall earlier in 2010. Patrick had thought of the idea a while ago and made a prototype, but we had been waiting for a chance to make one on a larger scale. We enjoy working together due to having the same enjoyment of strange music and surrealism in general.

The first part of the video below shows Patrick and James gluing strips of pre-recorded audio tape onto a sheet of MDF. 16 of these boards were made, containing a total of 7.9 kilometres of tape, all laboriously glued by hand.

Once the boards were prepared, 3 radio controlled cars were driven around on top of them. Each car had a tape playback head attached to the underside, connected to a transmitter, which sent the audio picked up from the tape back to a PA system (or headphones when the RFH employees wanted a break).

The cars could be driven via joysticks on 3 control plinths. Each board had a different theme, including sine waves, percussive sounds and white noise, and the pitch of the audio played back would depend on how fast you were driving.

The RFH were very accommodating and we were able to persuade them that it would be an excellent idea to build it as big as possible. The problem then wasn't so much the space in the Clore Ballroom, but whether there was time to stick all of the tape in a few weeks. Some brave volunteers helped us, and it came together nicely in the end. 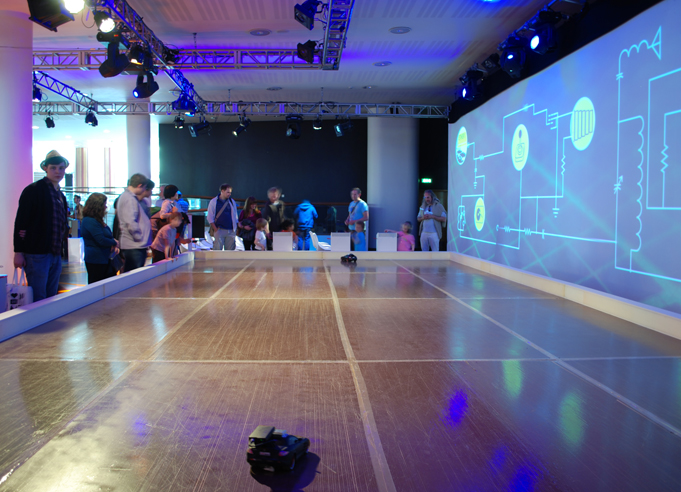 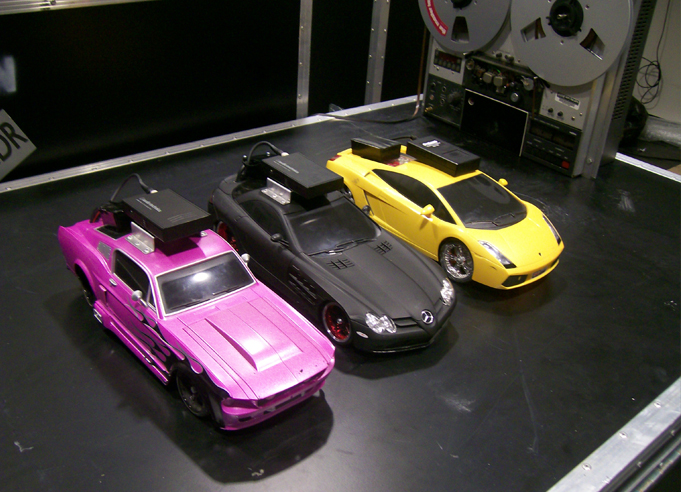 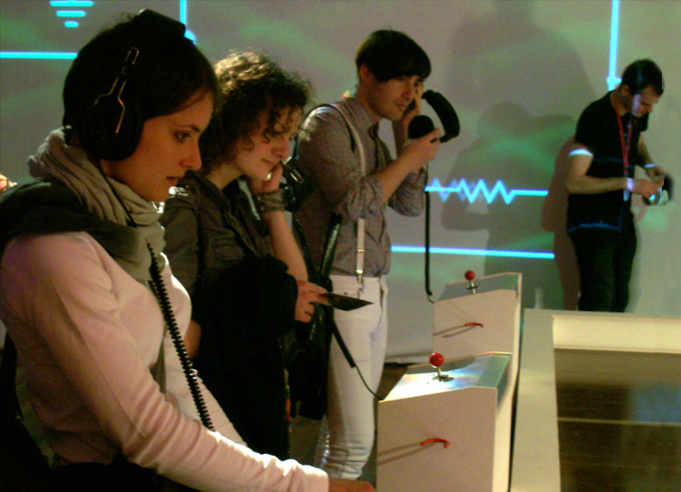 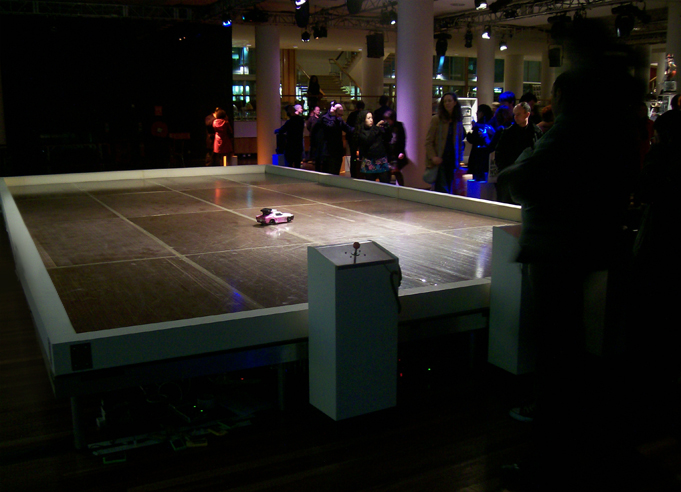 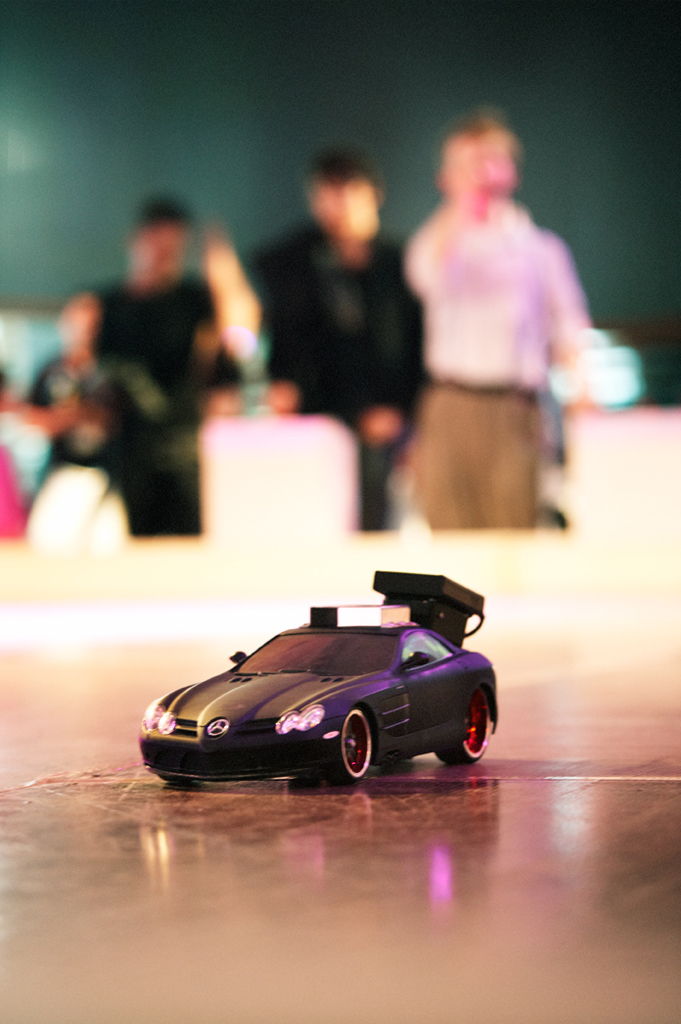 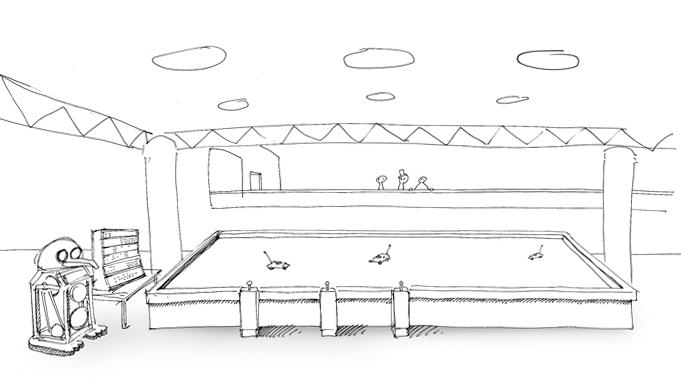