This project was for BMW's centenery - an experiment to examine what travelling inside a Mini car might be like in another 100 years time. It will be psychedelic.

Marcus Lyall, with whom I worked on an LED suit project for Adidas a few years ago, wanted to create an interesting experience inspired by Thomas Wilfred's Clavilux light organs. My involvement was to make some special turntables that could be controlled by MIDI signals, and to carry out experiments to refine the process before the shoot days.

High-powered lasers were fired through various rotating glass objects, with the resulting scattered beam patterns projected onto a semi-circular screen. Human test subjects were connected to various biofeedback sensors, so that measurements such as heart rate, galvanic skin response and electrocardiogram readings could be taken. The values were then fed into a Max patch written by Dave Meckin, which in turn communicated with the turntables and laser control software.

The viewer sat in a nice chair, and the more they relaxed the more complex and interesting the lumia patterns became. 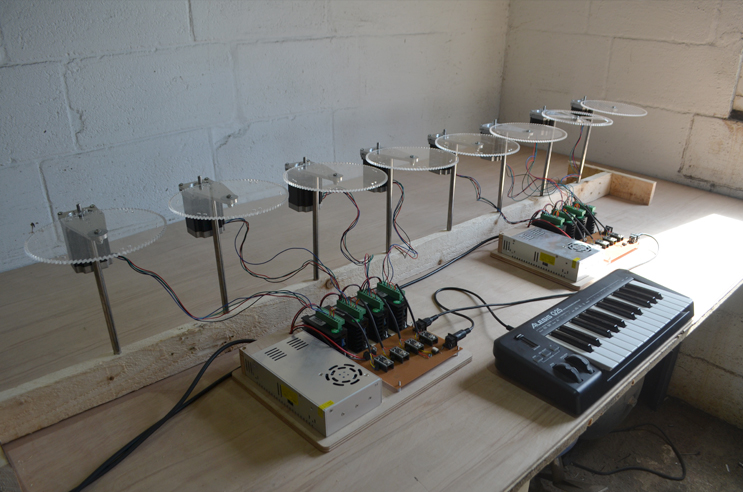 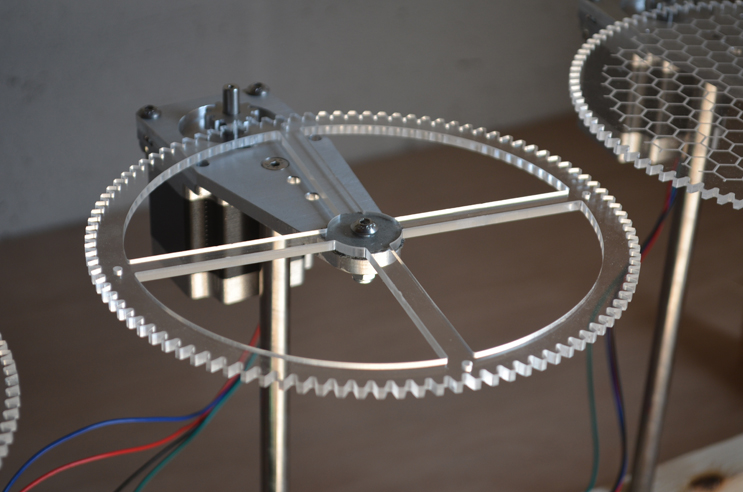 Testing in my workshop with a relatively miniscule laser 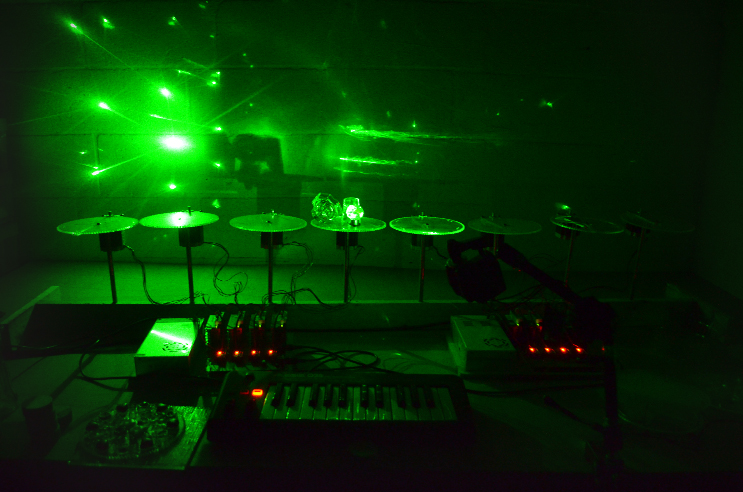 Over to ER Productions in Kent, who have some immensely powerful lasers. This one has four diodes, each rated at 10W. 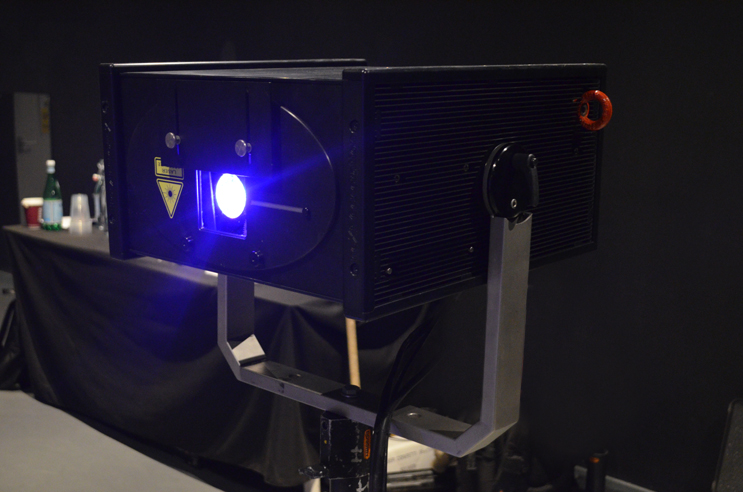 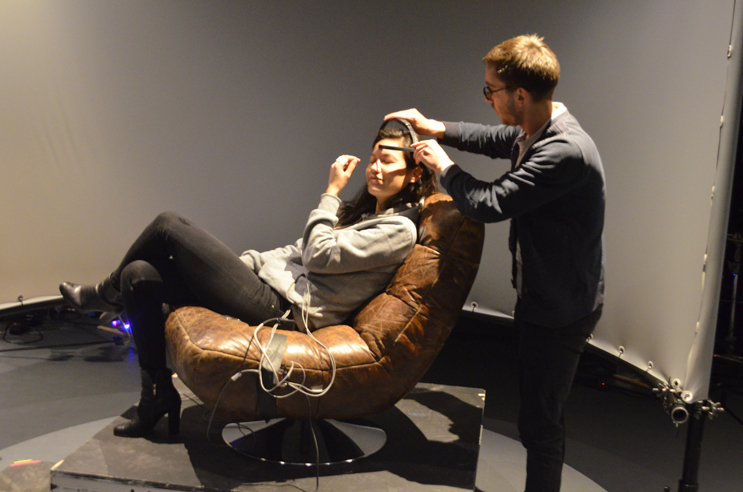 The beams were powerful enough to burn holes in your clothes if you stood still in front of them. 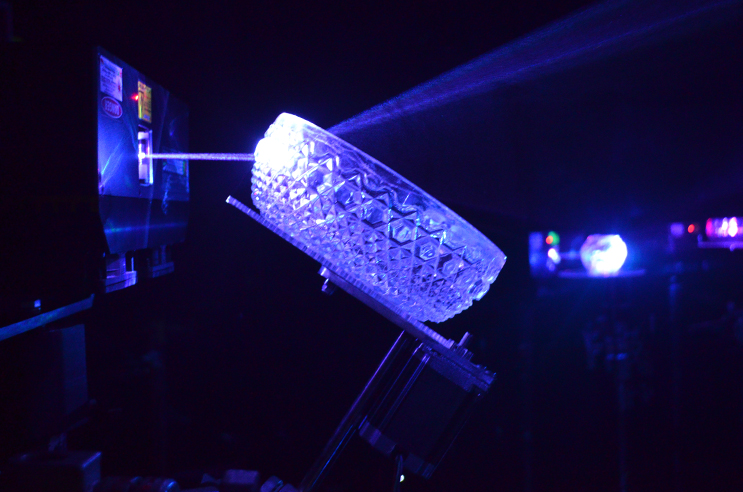 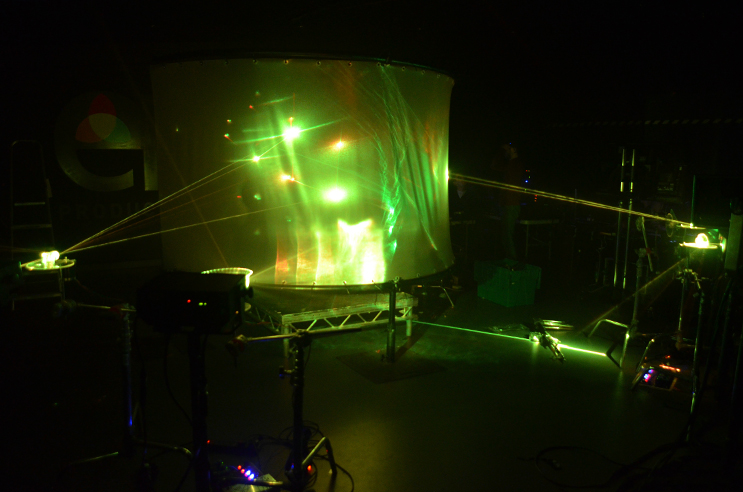 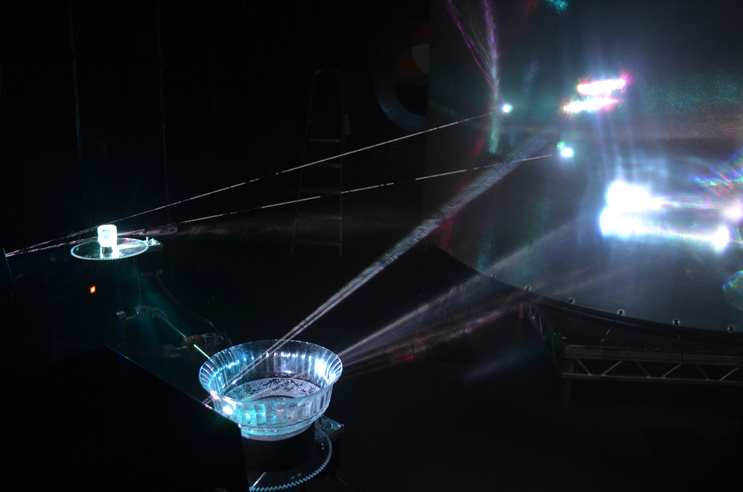 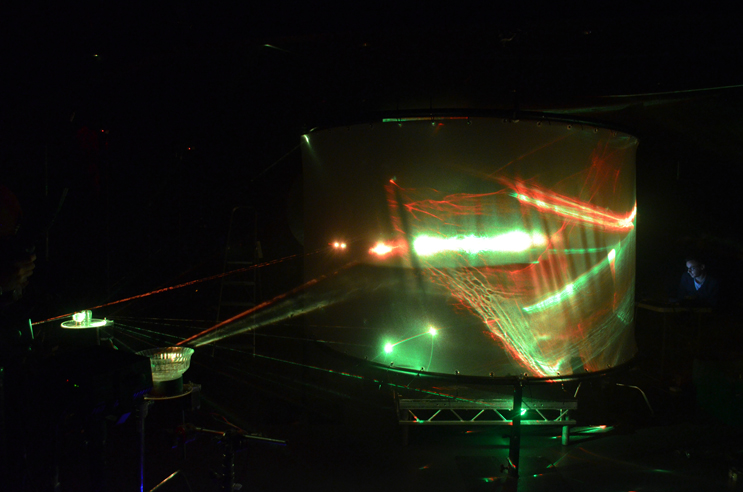 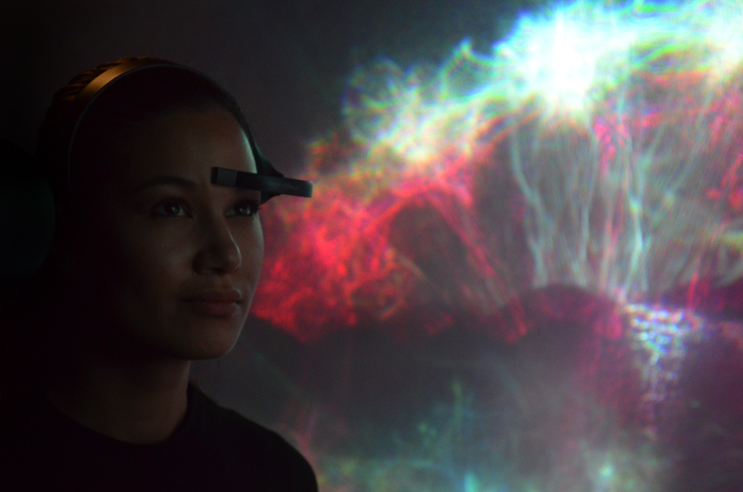 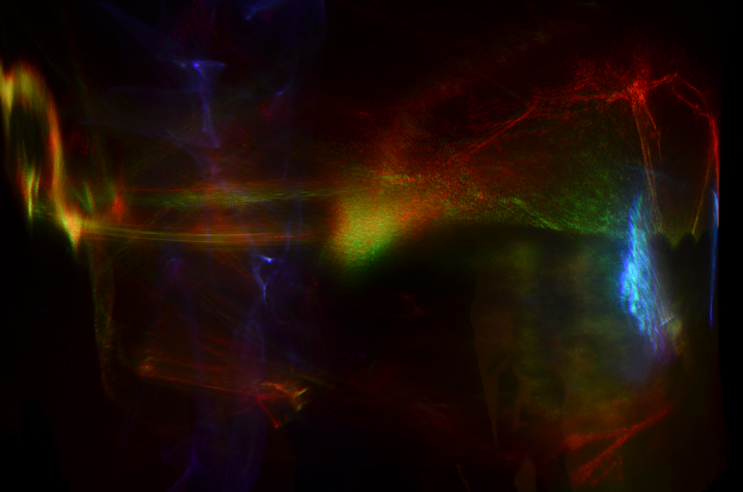 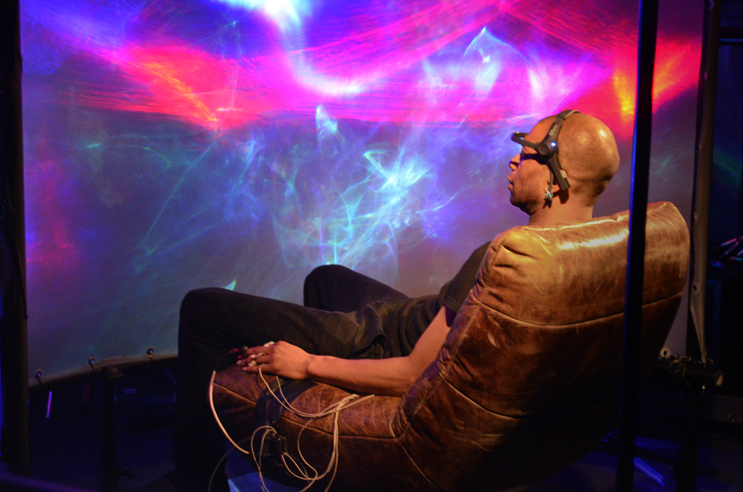 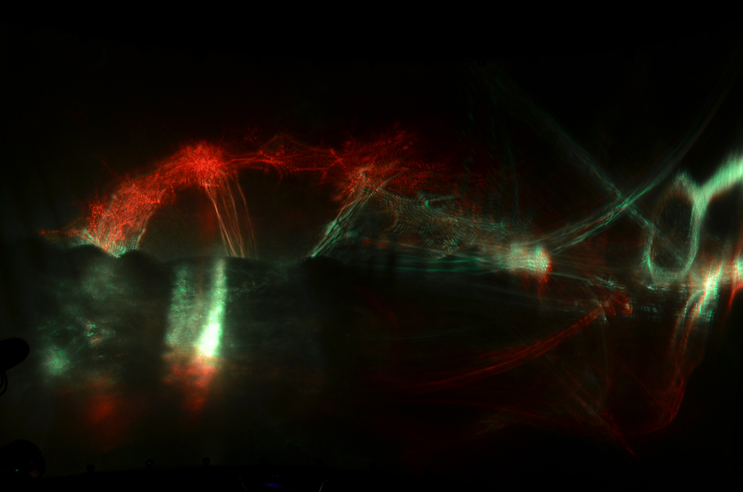 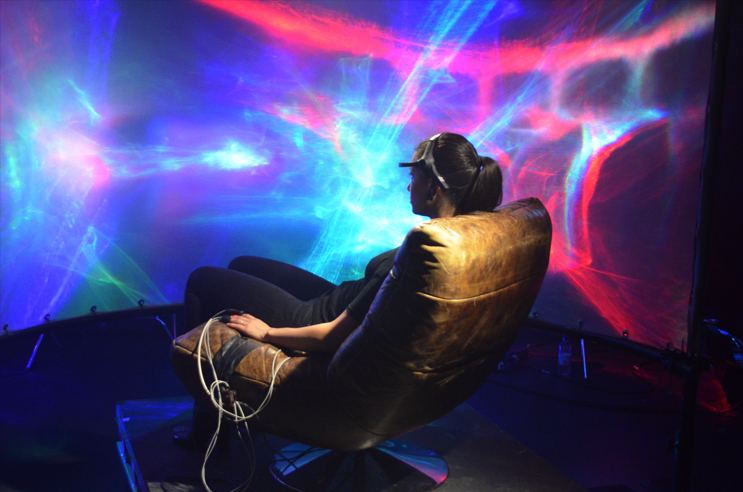 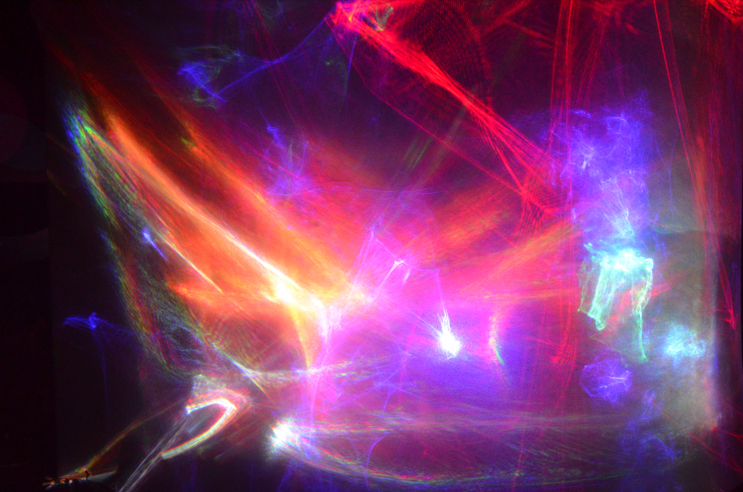 The photo and video material doesn't really do it justice - the projections were really beautiful and hypnotic to watch in real life, with all sorts of transient weirdness going on.

"Ooh, I just saw the ghost of an owl flying through an underwater forest!"