An orrery is a mechanical model of the solar system, designed to show the relative orbits and positions of planets and moons. The device was named after the 4th Earl of Orrery, who commissioned a clockmaker to build one in 1713 (although not necessarily the very first).

This version is powered by four independently controlled motors, the speed and direction of which can be altered via the control panel.

The central section of the orrery consists of seven concentric tubes and one central bar. Four of these are driven by motors, whilst three remain stationary.

Three of the rotating tubes have arms attached, which in turn have a rotating assembly attached to the end. Timing belts from each of these assemblies use the stationary tubes as a point of reference to allow further parts to rotate.

The two longest arms have a clutch connected to their drive mechanisms, to help prevent accidental damage from obstructions. This was very useful at the Kinetica 2011 Art Fair, where a fair amount of the visitors walked into the sculpture.

The calculators used on this machine include:

All of the calculator screens glow, which gives an interesting effect when the orrery is viewed in the dark. 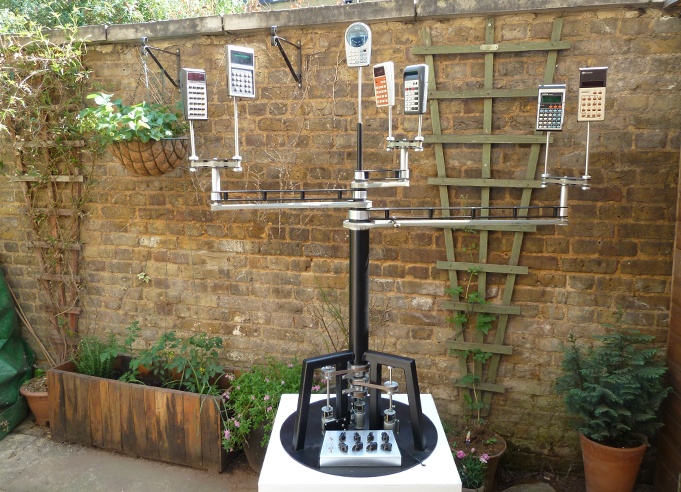 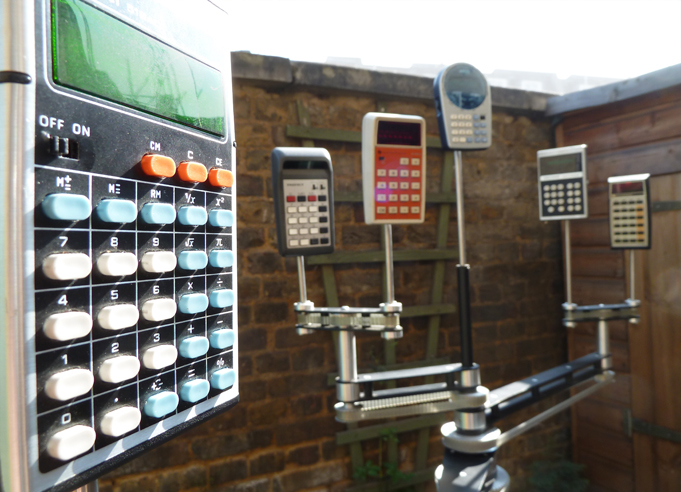 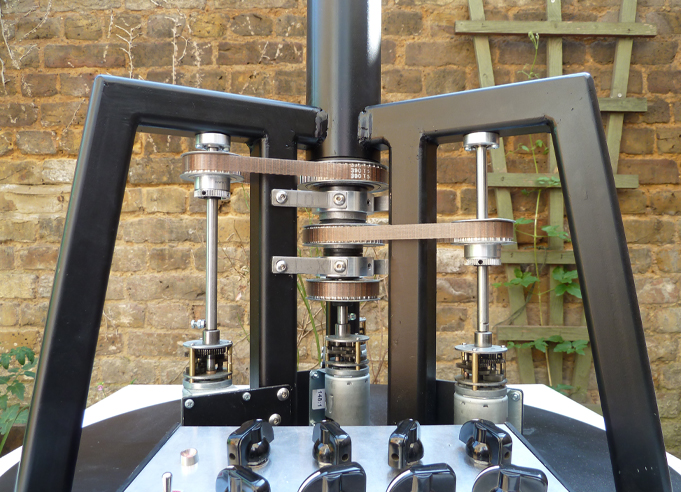 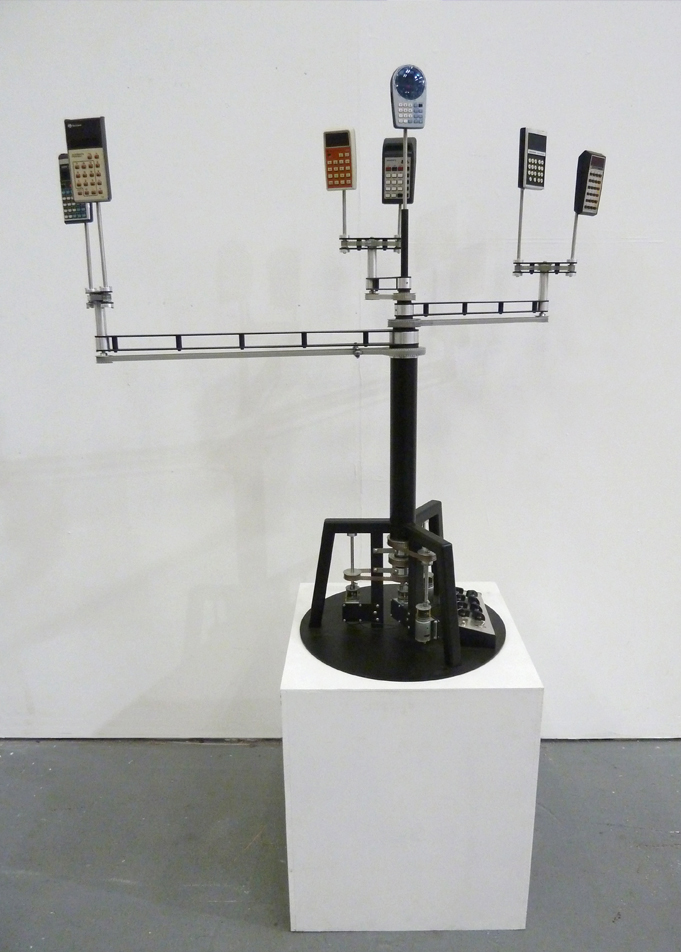