This installation by Ken Okiishi was commissioned by Frieze Projects, part of the annual Frieze London art fair.

Visitors could press a button to activate two paintball guns, which would move and fire at random points within an enclosed room. The paintballs would hit the walls, windows, or a series of canvases hung around the room. The canvases were later placed to dry on racks, and were available to purchase.

The gun turrets and paintball equipment were originally made by Machine Shop special effects, the electronics and programming were by nervoussquirrel.com 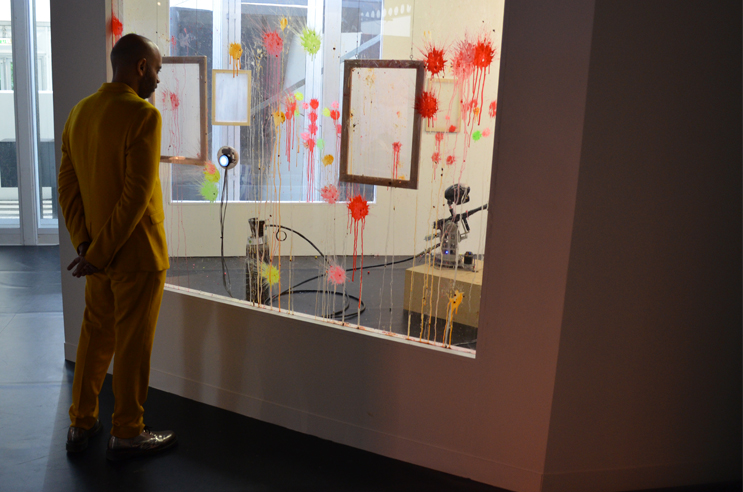 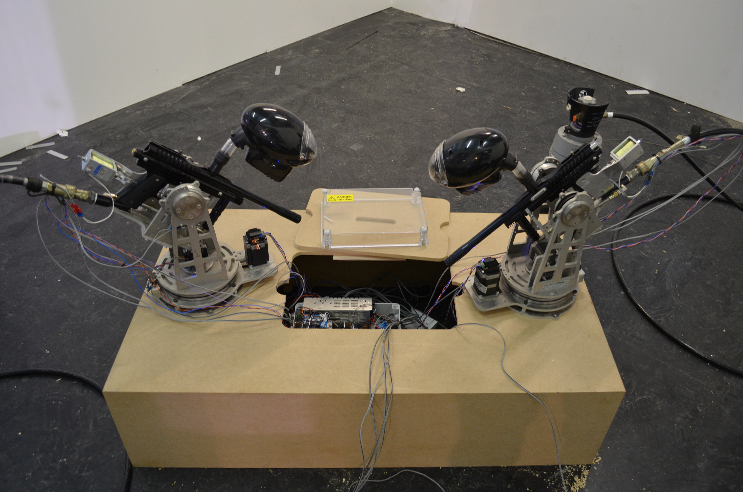 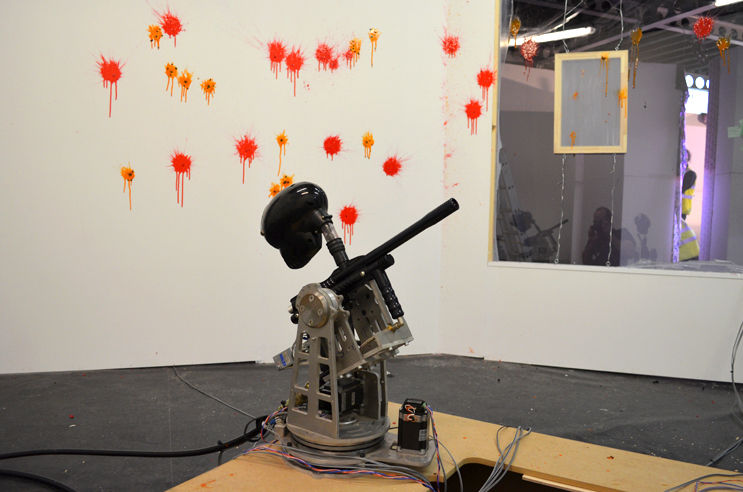 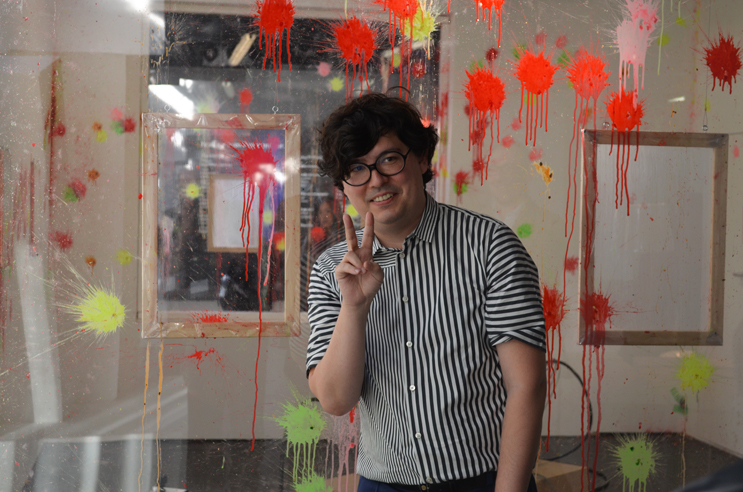 A 30 second timer was used in between shots, to preserve ammunition and CO2, as there were so many thousands of visitors. 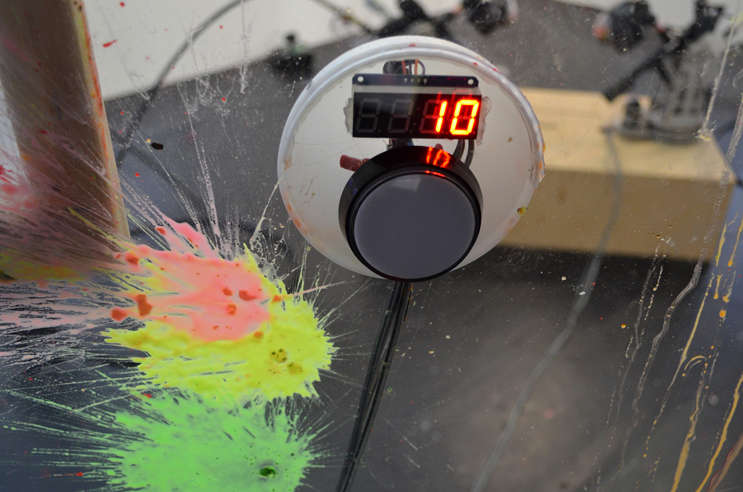 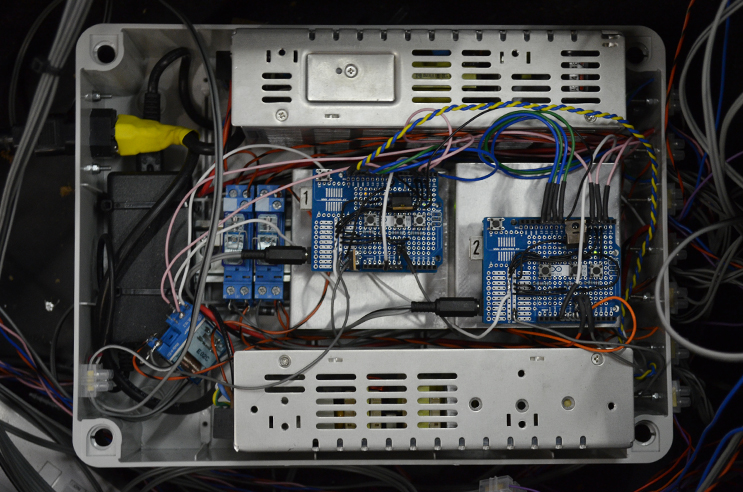 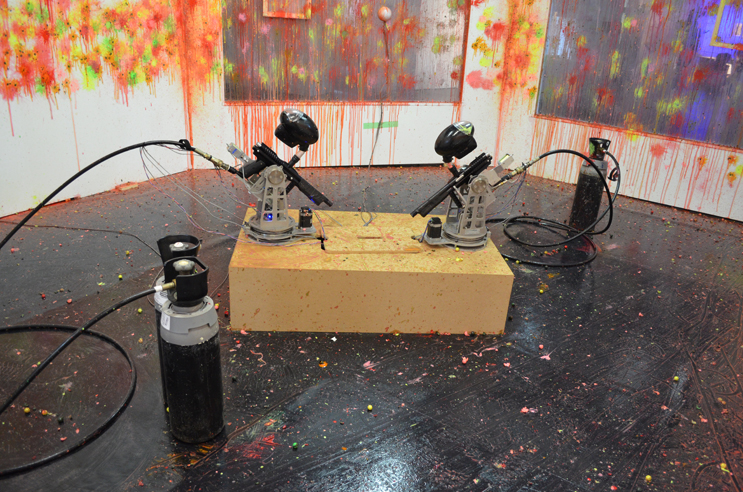