This was made for Roca's stand at the 2008 100% Design exhibition in Earls Court. A large team of people worked on this - my involvement was to make some components and help with the general assembly and install. The sculpture was constructed at the workshop of 2D3D Ltd.

Since 2008 there has been a great deal of development in LED technology & control methods - do get in touch if you have a project in mind, and I would be delighted to build it for you. My email address is dave (at) this web domain.

There are some more examples of LED related projects elsewhere on this site... 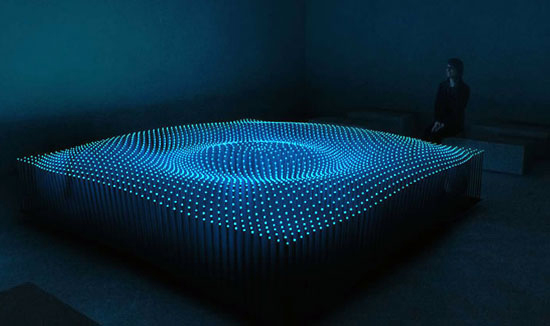 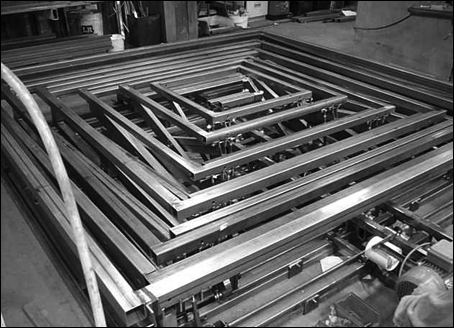 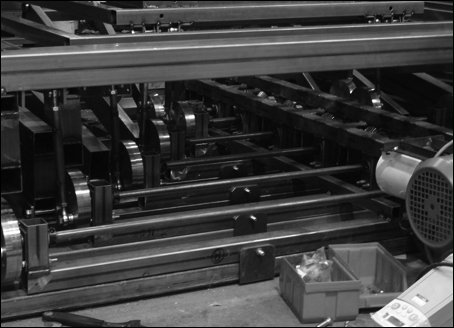 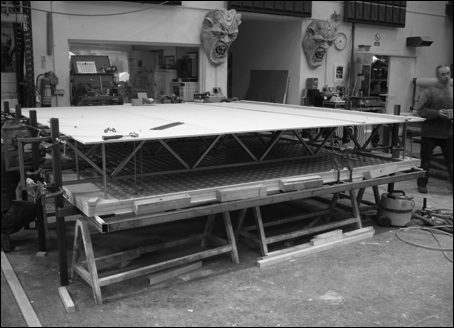 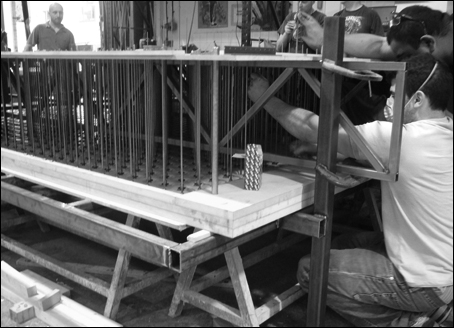 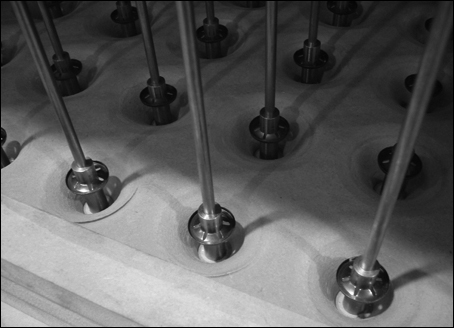 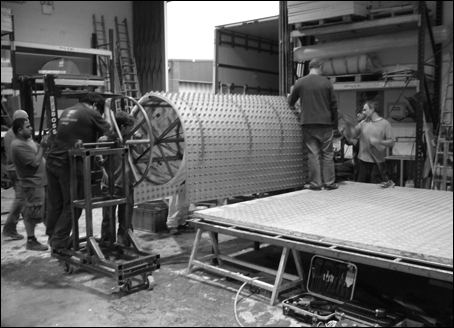 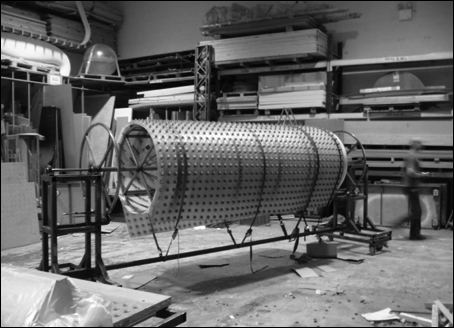 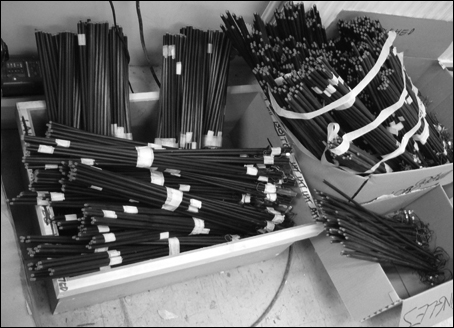 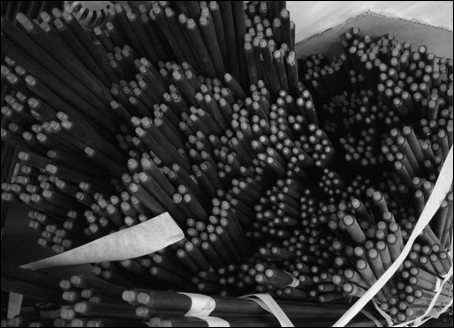 The rubber sheet is placed over the scissor lift mechanism 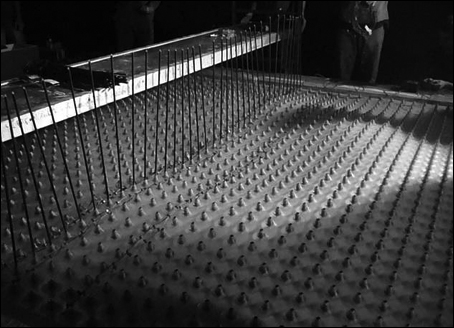 Hundreds of rods are slotted into place and wired together 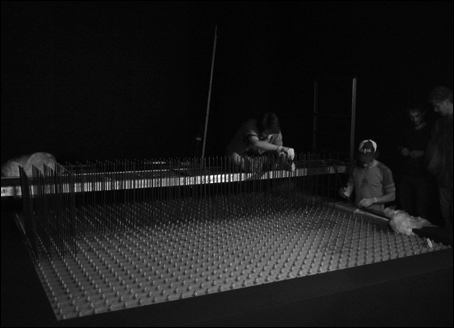 Once the rods were in place, black felt was used to hide the mechanism 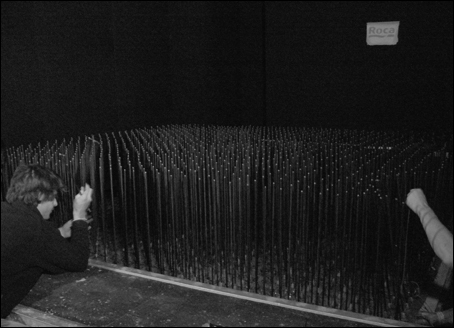 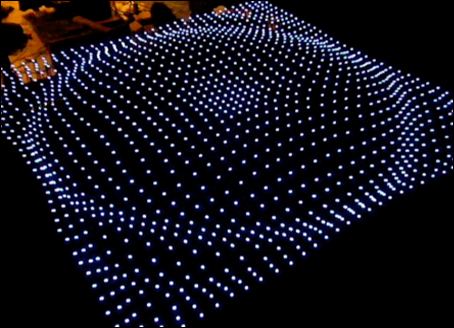